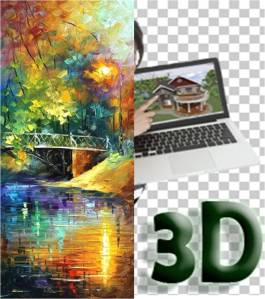 An ascetic essay from 1966 called ‘Planners’ People’ proves that planners had always aroused suspicion from those who questioned their objectivity. In this case criticism came from within their own profession. The authors – professional town-planners – asked why it was that planners’ drawings for downtown development schemes were always populated with the same ‘stock-cast ‘of six characters. These were always white, upper middle-class, law-abiding, cultured, and professional – just like the planners themselves.
They concluded that included only those ‘types’ amenable to their own ideals of urban living and overlooked the true heterogeneity of the city. Nevertheless, they placed these ‘stock characters’ in real urban vistas, to lend them credibility.
In his paper ‘Creating places or designing spaces?’ Jonathan Dime considers the process of ‘place making’ and tests the degree to which an architect can design a place’ independently of the people who will actually use it.
He argues that while modern architecture has concentrated on the properties of geometric space, psychology has neglected to look at the physical context of behavior. He concludes, not surprisingly, that we can not create a place.

50 Stats You Need to Know About Content Marketing from NewsCred

One Thousand and One Nights (Photo credit: Wikipedia)

The decoration of this fine Saljuk

pottery consists mostly of figure subjects, such as horsemen, seated and

Firdausi. In two of our bowls two consecutive episodes of the story are repre-sented

simultaneously. BahramGur is shown transfixing with a single arrow the hind hoof and

ear of a deer, and the same scene includes the death of Azadah,

who, after making a mockery of BahramGur’s

skill, was thrown from the saddle and trampled to death.

These three bowls in

the Schiff collection are masterpieces of thirteenth-century Persian

miniaturists and are related to contemporary paintings in manu-scripts

of the Baghdad school. Through the generosity of Mr. and Mrs. A. Wallace

Chauncey the Museum received as a gift fifteen Persian and Mesopotamian

There are three outstanding examples of twelfth-century lusterware

from Rakka with elaborate arabesque designs and decorative writing.

Another im-portant piece is a thirteenth-century albarello

with painted decoration in white and gold on a cobalt blue background.

shape, which originated in the East, was adopted later by Italian potters.

Several examples of later Persian ware of the sixteenth and seventeenth

centuries belong to the so-called Kubatcha group, with

decoration consisting of plants and figures in monochrome or polychrome. This

should be regarded as Persian and was probably made in the region of Tabriz.

The artists working for the Timurids were responsible for the development of a true national style of Persian painting. Shah Rukh (1404-1447) and his son Baisunkur Mirza were great patrons of the arts of the book. One of the earliest Timurid paintings in the Burnett collection represents a pair of lovers in a garden, probably Humay and Humayun. It is unusually large, measuring I9 Y by 12 9/6 inches, and comes from the same manuscript of Rashid ad-Din’s Jami at-Tawarikh, or “Universal History,” as the Jonah and the Whale in the Metropolitan Mu-seum. This work of the famous Mongol historian and vizier of emperors Ghazan and Uljaitu re-mained popular under the Timurids. Several Timurid miniatures in the Burnett Be-quest came from another copy of the Jami at- Tawarikh which can also be dated in the period of Shah Rukh. Here, as in the miniature repre-senting the pilgrimage of Adam, the Timurid style is fully developed. Of particular interest is the treatment of the landscape with spongy mountains that appears in so many Timurid paintings of the fifteenth century. Another Timurid miniature in this collection is a rare painting on silk. Only very few Persian silk paintings are in existence. One is in the Boston Museum and another one was formerly in the collection of Countess de Behague in Paris. The Burnett painting represents a garden scene with two lovers.

The artists working for the Timurids were responsible for the development of a true national style of Persian painting. were great patrons of the arts of the book. One of the earliest Timurid paintings in the Burnett collection represents a pair of lovers in a garden, probably Humay and Humayun. It is unusually large, measuring I9 Y by 12 9/6 inches, and comes from the same manuscript of Rashid ad-Din’s Jami at-Tawarikh, or “Universal History,” as the Jonah and the Whale in the Metropolitan Mu-seum.

and those were the reasons ONE OF THE MOST POPULAR forms of street art in Melbourne is the paste-up: printed or drawn posters adhered to city walls with a wheat-based glue. The physical insubstantiality of paste-ups renders them particularly ephemeral — they do not have the ‘sticking power’ of paint — yet this also makes them particularly ‘active’ components of the city footprint. The effects of time and human interface are readily wrought upon their surface. Older paste-ups peel away from the walls on which they are stuck; new ones are pasted over them, perhaps in turn to be painted over by following artists, tagged by graffitists, or torn down by council cleaning teams. For artist Miso, the traces of the ‘life’ of the poster are part of its appeal as an art form:

As I’m gearing up to self-publish with both e-book and paperback options, the news breaks today that Stephen King has made the decision to not provide an e-book option for his upcoming book Joyland. In today’s digital age where authors like Neil Gaiman are pushing for change in order to keep up rather than to go extinct, it’s either a bold move or a big financial mistake.

The decision to not include an e-book at all for Joyland makes readers have to purchase the physical book, which is King’s ultimate motive. In a move that shows support for brick-and-mortar stores, the book is available for pre-order as a paperback on Amazon, but a reader can purchase a limited hardback edition through Titan Books. So that may change things slightly as he is not treating the release in the traditional way. Now he’s making the hardback a limited…

You Knew What I Meant

How often anymore does the typical student encounter the word penchant? Still, somebody she heard had encountered it…or that person had heard it from someone who had encountered it…all the way down into the Quaker Oatmeal box, at some point in which sequence there was a person who actually knew the word was penchant. Whoever heard that person, though, didn’t know the word, and in came “pension.”

How strange it is that college undergraduates would be more likely to know the word “pension” than “penchant.” Are they thinking about retirement before they even enter the ranks of the employed? It’s possible to receive a pension without retiring, as Webster’s first and second variants on definition #1 show: “a fixed sum paid regularly to a person; a gratuity granted (as by a government) as a favor or reward.” But there’s our common understanding, in definition… 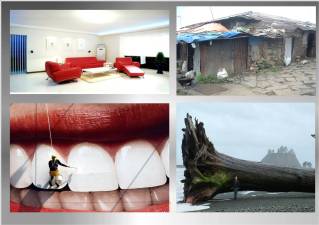 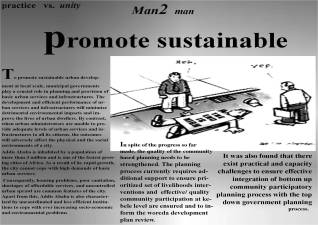 http://archiabyssina.com, the home of ARCHITAMENT
On the web, offers a full range of content including daily news service, weekly newsletters, B2B database, plant directory and online technical forum. Every TOP POST and PAGES is available in digital E-magazine format and subscribers have access to our SLIDE SHOWS-VIDEOES –E-BOOKS archive.
http://archiabyssina.com, attracts visitors each month* and offers a choice of opportunities as well as targeted marketing solutions through its popular daily and weekly e-Newsletters. To view rates or for more information,
Contact us today! 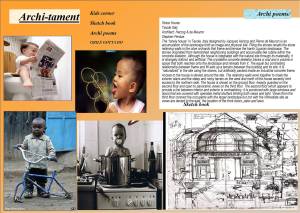 Relating the concept of space with continuity, movement and time has been the tendency
of historians as early as the 19th century. However, time is not considered as a dimension of
space before the 20th century. Despite Futurist Filippo T. Marinetti who claims

“time and space
died yesterday” (Caws, 2001: 187), space-time becomes a new concept in art and architecture
with the influence of Albert Einstein’s theory of relativity in physics and the mechanical
improvements in technology. Four-dimensional space replaces Euclidean space first in Cubism.
The concept of simultaneity brings forth the coexistence of more than one point of view
expressing aesthetic experience in time. Representation of the visual memory of a moving
observer is preferred to optical vision in Cubist paintings.
Abbott’s subjects were people in the artistic and literary worlds, including French nationals (Jean Cocteau), expatriates (James Joyce), and others just passing through the city. According to Sylvia Beach, “To be ‘done’ by Man Ray or Berenice Abbott meant you rated as somebody”.[9] Abbott’s work was exhibited with that of Man Ray, André Kertész, and others in Paris, in the “Salon de l’Escalier” (more formally, the Premier Salon Indépendant de la Photographie), and on the staircase of the Théâtre des Champs-Élysées. Her portraiture was unusual within exhibitions of modernist photography held in 1928–9 in Brussels and Germany.[10]
In 1925, Man Ray introduced her to Eugène Atget‘s photographs. She became a great admirer of Atget’s work, and managed to persuade him to sit for a portrait in 1927. He died shortly thereafter. While the government acquired much of Atget’s archive — Atget had sold 2,621 negatives in 1920, and his friend and executor André Calmettes sold 2,000 more immediately after his death[11] — Abbott was able to buy the remainder in June 1928, and quickly started work on its promotion. An early tangible result was the 1930 book Atget, photographe de Paris, in which she is described as photo editor. Abbott’s work on Atget’s behalf would continue until her sale of the archive to the Museum of Modern Art in 1968. In addition to her book The World of Atget (1964), she provided the photographs for A Vision of Paris (1963), published a portfolio, Twenty Photographs, and wrote essays.[12] Her sustained efforts helped Atget gain international recognition. 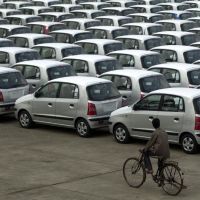