The reflecting pool in the Patio de los Arrayanes , at the Moorish Alhambra of Granada, Spain (Photo credit: Wikipedia) The interiors of the Alhambra in Granada, Spain decorated with arabesque designs. (Photo credit: Wikipedia) ” far down in the valley, running in slow green coils, I could see at last the tree-lined Guadalquivir..” (Photo credit: Wikipedia)

Islamic gardens in Spain Cordoba gardens
If we follow the Arabs into the West, we find the garden enlivened by many novel features. Their poetry, it is true, though incessantly dwelling on the subject, does not contribute much to our knowledge, for it mostly emphasizes the feelings awakened in the singer by the beauty of the garden, and the poems often extol the renown of the wealthy owner.
Such verses were often hung up as a decoration for rooms and halls. To this day we see laudatory poems in the inscriptions at the Alhambra.
The Arabs came to Europe no longer as pupils; they brought with them their own native culture, and found a mighty inheritance to take over from Romans and from Visigoths.
The founder of the Omiad Dynasty in Spain, Abd-ur-Rahman I., tried, in a way it is easy to follow, to ornament his new residence at Cordoba as far as possible in the Eastern fashion.
There was one villa, which he attempted to build on the model of a similar one at Damascus, and which he named Bussafa.
In this he endeavored to perfect the likeness to home surroundings by growing Syrian plants in his garden, in particular the well-beloved palm-tree, until that time as much a stranger in the West as was the exiled ruler himself.
In one melancholy poem addressed to the favorite tree, he speaks of his yearning and his home-sickness:
Oh lovely Palm, a stranger thou,
Like me in foreign land,
Here in the West dost languish now,
Far from thy native strand.
Cordova and the whole of the Arabian domain in Islamic Southern Spain was in a flourishing condition during the comparatively peaceful period of the first Omiad Dynasty. In the time of Abdurrahman III, the banks of the Guadalquivir were covered with villas. This ruler in his poetry expresses a feeling about buildings common at the time of the Italian Renaissance: A prince should build who cares for fame And after death would keep his name.
Behold the Pyramids how high,
Though many monarchs in them lie!
Where solid house and ground we find,
We praise the Builder’s noble mind.

The whole plan was of terrace formation. Lowest of all were extensive gardens, orchards, aviaries, and cages for animals,all confined within their own borders. On the middle terrace were the dwellings of the servants and attendants; on the third (perhaps on several) stood that world’s wonder, the caliph’s palace.
The lovely view over the garden was particularly famous, the finest part of all being a golden hall and a vaulted pavilion; and here again there was a cistern of quicksilver. We may be quite sure that there was no lack of artificial ponds and fountains in the gardens or in the rooms.
Very remarkable was the green cistern in the caliph’s bedroom, brought hither from the East, and adorned with pictures wrought in gold of lions, gazelles, crocodiles, eagles, serpents, and any number of birds, with water gushing from their mouths.
§ We are expressly told that Abdurrahman imported Byzantine artists to the Islamic part of Spain. In every sort of embellishment of his garden he certainly vied with Oriental architecture, at that time at the height of its glory in Bagdad.
The mountainous nature of Southern Spain was a strong reason for having the palaces built on the heights, though no doubt Roman examples also affected them; and when we hear praises of lofty terraces, fine views from pleasure-houses, colonnades, towers, it is just as though we were again listening to Statius.
The great systems of irrigation, traversing halls and courts, answer quite as much to the needs of Orientals as to the fancy of the Romans. A hilly ground and terraces are wanted if the waters are to fall in a cascade ” like the Milky Way.’ Other features show clearly enough their Eastern origin, and in poetry the small pavilion plays a great part:
it stands high and shines above the streams —an indispensable adjunct to the Asiatic garden. Here the master meets his friends, and gives them wine, and it is here that they practice the much-prized art of improvisation.
Wonderful things were related about the pavilion of Toledo’s last ruler. In the middle of a pond he had a mechanical device set up that threw the water high into the air, so that it fell down again all over the sides of the pavilion.
Thus the caliph was able to sit in a cool place with water all round him, even by lamplight. The same kind of pavilion was seen at a later time by travelers at Favara in Sicily. 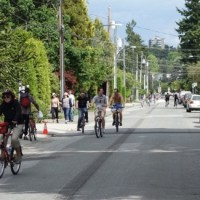 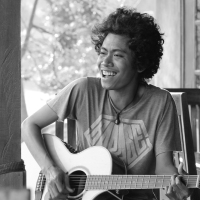